Age Discrimination Statistics in the Workplace 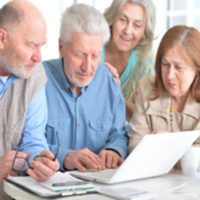 More than half of workers over age 50 will be pushed out of their jobs, according to a recent report by ProPublica and the Urban Institute. Data collected, since 1992, on approximately 20,000 workers reveals that 56 percent of those aged 50 and older are laid off before they are ready to retire.

According to the report, 90 percent of employees who were prematurely laid off did not earn as much money as they did before their termination. Even years afterward, more than half were still earning less and their salaries were substantially lower than those who had not experienced a work disruption.

Researchers found that 28 percent of longtime employees are laid off at least once between age 50 and retirement. Data suggests that 28 percent of workers left their jobs unwillingly, with 13 percent retiring suddenly and 15 percent quitting after a deterioration in pay, hours, work location, or treatment by supervisors. The senior labor economist for the RAND Corp. explains that workers retire despite being laid off due to the stigma surrounding work separation.

Age discrimination in employment is prohibited by federal and state law. In New Jersey, applicants and employees are protected by the New Jersey Law Against Discrimination (NJ LAD). Under the NJ LAD, it is unlawful to treat people differently based on a number of protected characteristics, including age. New Jersey employers must comply with the NJ LAD.

Victims of unlawful age discrimination may file a lawsuit within two years and seek reinstatement, back pay, reimbursement of fringe benefits, front pay, damages for emotional distress, and attorneys’ fees.

Signs of age discrimination include:

Employees in New Jersey should be aware of their rights. Workers who suspect they are the target of age discrimination are advised to contact an experienced discrimination attorney in their area.

If you believe you were laid off or otherwise treated differently due to your age, contact an Ocean County age discrimination lawyer at Levine, Staller, Sklar, Chan & Brown, P.A. From our office in Atlantic City, we represent clients in Atlantic County, Ocean County, and Cape May County. For a free consultation, please contact us online or call us at 609-348-1300.