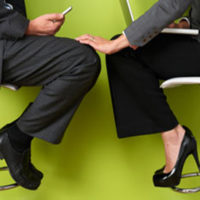 Allegations of a Hostile Work Environment

According to a middle-aged male previously employed by the Disney Cruise Line, his younger female manager created a hostile work environment for this male employee. In his federal lawsuit, the male employee also alleges he was discriminated against based on his age and sex.

The lawsuit alleges despite being a more qualified employee, the male employee, who worked for Disney for 18 years, was passed over for several job promotions.  He alleges he was fired after reporting the female manager’s harassing behavior.  Disney claims he was fired for using illegal substances.

Sexual harassment of a male worker by a female superior in the workplace is uncommon, but it does occur. Some men may decide not to report sexual harassment out of fear that their complaint will not be taken seriously, or that they will be made fun of by their coworkers. However, the law equally applies to men, and men are protected from being subjected to unwelcomed sexual advances, touching, or offensive sexual comments and jokes.

Claims of male employees being harassed because of their sexual orientation, preferences, or identity by either male or female supervisors are more common. Hostile work environment and sex discrimination claims also include actions taken against individuals because of gender stereotypes, such as dressing or behaving in a feminine or masculine manner.

At Levine, Staller, Sklar, Chan & Brown, P.A., our experienced Cape May sexual harassment lawyers assist individuals involved in all types of employment-related sexual harassment matters. Conveniently located in Atlantic City, New Jersey, we represent clients in Atlantic County, Ocean County, and Cape May County. To set up a free consultation today, call us at 609-348-1300 or contact us online.