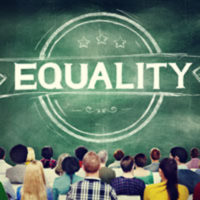 Failure of a corporation to provide equal pay to their workers can lead to claims of racial or gender discrimination. Large companies, including Google and Palantir Technologies, have faced government lawsuits alleging discriminatory pay equality among workers. These lawsuits resulted in million-dollar settlements, including Palantir’s $1.7 million settlement with the U.S. Department of Labor (DOL).

Beginning in 2017, the DOL’s Office of Federal Contract Compliance began voicing concerns regarding the compensation discrimination allegedly taking place at the Oracle Corporation, an international computer technology company based in California. When over a year of mediation failed to yield results, the DOL filed a federal lawsuit against the company.

The Oracle lawsuit alleges the company has engaged in discriminatory wage practices based on sex and ethnicity. Female, Latino, Asian, and African-American employees were allegedly paid less and given lower-paid roles in the organization than their white, male counterparts. Discriminatory tactics allegedly used by Oracle involved channeling certain employee groups, such as women, Asians, Hispanics, and African-Americans into lower-paid careers and setting initial pay by relying on prior salaries. These workers who are offered fewer desirable positions are systematically undercompensated at the company.

Oracle’s college and university hiring practices have also come under fire for an Asian bias. The company hired approximately 500 employees directly from colleges and universities between 2013 and 2016, with 90 percent being international students of Asian descent. The DOL alleges that hiring Asian workers, who are in the country on work visas, resulted in lower wages for these workers who are dependent upon Oracle for their required work authorizations. When choosing workers based on their visa status, Oracle denied equal employment opportunities for non-Asian applicants. Those wage practices could violate federal anti-discrimination laws.

Oracle is accused of withholding important documents and destroying relevant evidence, including key materials related to its hiring practices. According to the complaint, discrimination victims have lost over $400 million in wages. The DOL is seeking a termination of Oracle’s government contracts, which are valued over $100 million. Oracle continues to deny these allegations and challenges the wage statistics upon which the discrimination suit is based.

Under federal law, and the New Jersey Equal Pay Act workers are entitled to equal pay for “substantially similar work.” Corporations who contract with the government must comply with anti-discrimination regulations and face periodic audits to ensure compliance. Government agencies are not the only entities that seek to obtain redress discriminatory wage practices of corporations.

In September 2018, Oracle employees filed a class action suit against the company relating to its practice of unequal pay between male and female employees. Victims may be entitled to back wages and punitive damages.  Workers affected by discriminatory wage practices, and companies who face such allegations, should consult an experienced Cape May County race discrimination lawyer to discuss their legal options.

The experienced Cape May County race discrimination lawyers at Levine, Staller, Sklar, Chan & Brown, P.A. handle a wide variety of employment and discrimination matters for employers and employees. Our offices are conveniently located in Atlantic City, New Jersey, where we serve clients throughout Atlantic County, Ocean County, and Cape May County. To set up a free initial consultation today, call us at 609-348-1300 or contact us online.