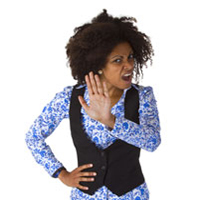 Google employees staged a protest this month against the mishandling of sexual misconduct by some of their executives. Prompted by a New York Times article that revealed large payouts for former executives accused of misconduct, workers from around the world walked out of their offices on November 1, making a strong statement to the company’s leadership. Workers demanded greater transparency concerning claims of sexual harassment and misconduct and a commitment from google not to tolerate such behavior.

The walkout took place at 11:10 a.m. in each office’s respective time zone.  Beginning with offices in Asia, including Tokyo and Singapore, the protest then moved west around the globe. Employees in India, Germany, Switzerland, the United Kingdom, Ireland, Chicago, New York, and Seattle participated, taking to the streets with signs and chants. At the company’s headquarters in Mountain View, California, over 1,000 employees walked out, filling a nearby park.

Misconduct Tolerated and Rewarded at Google

The complaints are exemplified by the treatment of one executive, who created the software used on Android devices before leaving the company in 2014. He was accused of coercing a female employee with whom he was romantically involved to perform oral sex on him in a hotel room in 2013. An internal investigation at Google revealed the employee’s claims to be credible, and he was asked to resign. The reasons for his departure were kept quiet, and according to the investigation, he received a $90 million exit package.

Though the article was the catalyst for the protests, employees say it was merely the final straw. Silicon Valley has been hit hard by the #MeToo movement, with more accusations of sexual misconduct coming to light every day. Google employees report that the current corporate culture not only allows sexual misconduct to occur unchecked, but also fosters racial and gender discrimination. Those participating in the walkout wish to change that, hopefully not at the expense of their careers. Some of the participants expressed concern about their employment prospects, not just at Google but at other companies as well.

Google responded to plans for the walkout with an email to employees on October 25, affirming their commitment to a safe and inclusive environment for workers. The email, sent by the Google CEO, cited 48 recent examples of employees who had been terminated due to sexual harassment, none of whom received an exit package. He said that he supported employees’ plans to protest and would welcome feedback changes to their policies, which currently includes mandated arbitration in cases of sexual harassment, a topic which has come under increased scrutiny by New Jersey Courts.

Multinational corporate employers such as Google should be setting the standard for how to handle workplace sexual misconduct. When they fail to protect their employees, workers are forced to choose between working in hostile environments and looking for other employment. In many cases, employees who are victims of harassment or abuse are too fearful to report such harassment.

If you have been the victim of workplace sexual harassment, call the Cape May County sexual harassment lawyers at Levine, Staller, Sklar, Chan & Brown, P.A. Our knowledgeable, experienced lawyers will fight to protect your rights and get you the best possible outcome, including any compensation you may be entitled to. With an office conveniently located in Atlantic City, we help employees throughout Cape May County, Ocean County, and Atlantic County. Call us today at 609-348-1300 or contact us online for an initial consultation.