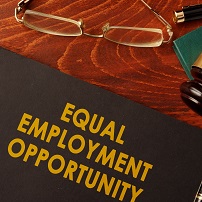 Administration officials in the Union New Jersey School District are facing a lawsuit filed the District’s Director of Athletics, Linda Ionta. The suit, brought by Ms. Ionta alleging a pattern of harassment and discrimination affecting athletic personnel in the district. Accusations of racism and sexism involving several members of the administration go back multiple years.

The complaint largely centers on the hiring and firing of coaching staff at Union High School. Those decisions, according to the lawsuit, should be the sole purview of the Athletic Director, but the principal of the school insisted on inserting himself into the process, with some questionable results. The principal repeatedly instructed her to fire the school’s football and basketball coaches because they were white, and they might have trouble connecting with their non-white students. The athletic director refused these instructions, as she did not believe their skin color affected their job performance, and she reported the principal’s conduct to one of the Assistant Superintendents multiple times.

Another incident involved the athletic director’s decision to hire a new female coach, who happened to be a Caucasian lesbian. According to the suit, she was the best candidate for the job, but the principal disputed the decision. His reasons for refusing to hire her seemed to involve her appearance, saying she did not have the look of a head coach and referenced her weight. When the athletic director reported this to the Union Superintendent, she was told to resolve the issue with the principal, even though he was not supposed to be involved in the decision at all.

The New Jersey Law Against Discrimination prohibits discrimination based on race, gender, orientation, and many other factors. Employers must make hiring, firing, and other employment decisions based solely on the candidate or employee’s qualifications or face potential penalties. According to the lawsuit, this was precisely what Union’s Athletic Director was attempting to do. If the accusations in the lawsuit prove to be true, not only was the principal preventing her from doing her job, he was engaging in illegal discrimination as well.

If you have been the victim of workplace harassment or discrimination, call the Cape May and Atlantic County employment discrimination lawyers at Levine, Staller, Sklar, Chan & Brown, P.A. We have the knowledge and experience to handle all types of employment discrimination cases, and we will prepare an aggressive legal strategy to protect your rights and get you the best possible outcome. With an office conveniently located in Atlantic City, we help victims of discrimination and harassment throughout Cape May County, Ocean County, and Atlantic County.  Call us today at 609-348-1300 or contact us online for an initial consultation.