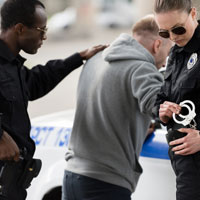 The Local 24 Policemen’s Benevolent Association (PBA) union in Atlantic City filed a lawsuit to halt promotions, impacting several officers of color, after several white officers were promoted earlier in the year. The minority officers are complaining of discrimination, while the state of New Jersey is concerned about the effects of delaying the promotions.

In May, eight white officers were promoted to the rank of captain or deputy chief after a six-week process. The Patrolman’s Benevolent Association (PBA) asserted their commitment to remaining neutral at that time; but when the next promotional period began, they stepped in to voice concerns about the promotional process and filed their suit.

There are currently six open lieutenant spots for which 39 candidates are eligible, 14 of whom are African American, Asian, or Latino. The promotional period formally ended on June 11, and the new lieutenants were supposed to be sworn in by June 28, however no additional promotions were made.

The Municipal Stabilization and Recovery Act (MSRA), enacted in 2016, places Atlantic City under the supervision of the state, and supersedes the Civil Service Reform Act. State officials claim that the new procedure, which involves a review of the officer’s personnel file and an interview with city and state officials in order to rank officers for promotion, is a more thorough and accurate process for identifying the best officers for the job.

Atlantic City’s police chief is African American, but he remains the only officer of color in a commander position. Some of the officers eligible for promotion, led by one African American officer who has been on the force for 20 years, have filed a motion in response to the PBA’s suit, alleging discrimination.

Meanwhile, the state is concerned about the lack of leadership with these lieutenant positions open, particularly as two new casinos opened in late June.

Recently, Superior Court Judge Julio Mendez, A.J.S.C., has stayed the case until March and has ordered all parties to attempt to reach a settlement.

Under the New Jersey Law Against Discrimination (NJLAD), it is illegal for employers to discriminate against an employee or candidate based on race. Decisions involving hiring, firing, salary and benefits, promotion or demotion, or job responsibilities cannot be influenced by race.

Employees who have suffered from racially motivated workplace discrimination or retaliation may be able to pursue legal action against their employer and recover damages for their suffering.

If you have been the victim of race-based discrimination, call the Atlantic County race discrimination lawyers at Levine, Staller, Sklar, Chan & Brown, P.A. Our knowledgeable, experienced lawyers have successfully represented clients in all types of employment discrimination cases, and we are committed to getting you the best possible outcome. With offices conveniently located in Atlantic City, we help employees throughout the communities of Ocean County, Atlantic County, and Cape May County. Call us today at 609-348-1300 or contact us online for a free consultation.