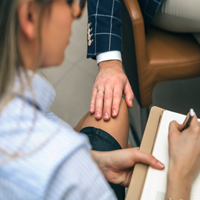 Technology companies have recently come under fire for their sexual harassment policies. Google employees staged a walkout at the beginning of November to protest the culture of discrimination and harassment that they say the company has allowed. Now, technology giants are making changes to protect employees’ rights, as well as their own public images.

On November 1, 20,000 Google employees at offices around the world left their desks and flooded the streets. One of their primary complaints involved the policy of forced arbitration for claims of sexual misconduct. Many say that pursuing justice through arbitration rather than through the courts can present more challenges for the victim. Several days after the walkout, Google announced an end to this policy; the next day, Facebook followed suit.

The #MeToo movement has forced many corporations to reevaluate their policies and attitudes toward workplace sexual harassment. Mandatory arbitration has been a popular contract addendum for employees for many years, but that may be changing. Microsoft announced an end to their forced arbitration policy in 2017, and Uber and Lyft made a similar announcement in May 2018. After complaints from numerous law students, several major law firms ended their policy in March. The state of New York has even written into their 2019 budget that employment contracts cannot contain a forced arbitration clause.

Mandatory arbitration is written into many employment agreements and requires employees to settle disputes through arbitration, rather than by suing the company and arguing their case in front of a jury of their peers. This provides several advantages to employers. First employers can avoid a costly and public dispute in open court. Secondly, arbitration is perceived as being more favorable to employers than employees. Additionally, workers who do successfully argue their case typically receive a smaller damages payout if the case is settled in arbitration, compared to cases tried in federal or state courts.

Google and Facebook have both maintained arbitration as an option for employees, but stated that they will no longer require arbitration in sexual harassment or assault cases. Other types of harassment or discrimination complaints may still be subject to the rule. Facebook further amended its policies by requiring employees at the director level and above to disclose if they are romantically involved with another employee. Previously, disclosure was only required if one employee in the relationship reported to the other.

It is unclear how many companies have a mandatory arbitration policy, as employment contracts are kept confidential. The Economic Policy Institute estimates that 60 million employees in the U.S. are subject to such a policy. It remains to be seen whether the recent announcements will be a tipping point, but having major industry leaders, such as Google, Facebook, and Microsoft make the change, can only benefit employees. Taking a tough stance on workplace sexual misconduct may also prove beneficial for companies in competitive industries looking to recruit the best talent.

If you have been the victim of sexual misconduct in the workplace, or are an employer concerned about minimizing the risk of sexual harassment litigation, call the Cape May sexual harassment lawyers at Levine, Staller, Sklar, Chan & Brown, P.A. We will be there every step of the way to ensure that your rights are protected and that you receive the best possible outcome. With offices conveniently located in Atlantic City, we represent clients throughout Cape May County, Atlantic County, and Ocean County. Call us today at 609-348-1300 or contact us online to discuss your case.