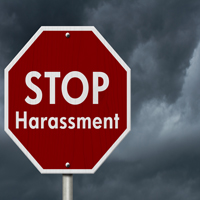 Days of filing business expense reports for the reimbursement of adult entertainment and gambling expenses at the Under Armour sports company are now over. Under Armour has become the latest corporation to implement changes in the wake of the #MeToo movement to address systemic inequality in its workplace after allegations of a sexist workplace culture have been made public.

As women empowerment movements including #MeToo spread awareness of workplace sexual misconduct, Under Armour has found itself squarely in the backlash. According to a company insider, the company permitted employees and executives to receive reimbursement for corporate party and sporting event expenses, including the cost of adult entertainment of strippers, limousine services, and gambling.

Other sources revealed an alleged cover-up of sexual misconduct by two high level company executives. Former female Under Armour employees have reported a sexist culture at the company where a female employee would be rated on their attractiveness and appeal to male guests to determine whether they should be invited to corporate parties. According to Glassdoor research, the entire executive team at Under Armour is male and the company is notorious for promoting a culture of toxic masculinity, making it a difficult place for women to succeed. Under Armour executives have not claimed responsibility for the alleged hostile work environment at the company.

Under Armour has notified its employees that expenses for adult entertainment and gambling will no longer be reimbursed as part of its commitment to provide a “respectful and inclusive” workplace. Under Armour has over 15,000 employees throughout the world with annual revenue at approximately $4.9 billion. The company sent email correspondence to all its employees early this year promising to no longer tolerate inappropriate and disrespectful behavior.

Under Armour employees also have been provided with new procedures setting forth ways to confidentially report inappropriate behavior. Team managers have been equipped with resources, including a Teammate Engagement Survey designed to engage employees in a cultural transformation at the company. It remains unclear whether any of the proposed changes adequately address the past misconduct of Under Armour employees or if Under Armour will provide additional assistance to those employees who have previously been affected by the alleged hostile work environment.

Looking Toward the Future

Under Armour has made several public steps to demonstrate its commitment to address the systemic inequality in the global workplace, including the allegations made against company executives. In a high profile move last year, the company withdrew its sponsorship of the USA Gymnastics following the sexual abuse scandal involving national team physician, Larry Nassar. Only time will tell if the changes to Under Armour’s business expense reimbursement policy change the company culture. As more companies face stricter scrutiny over their workplace cultures, industry experts believe Under Armour will not be alone in changing its corporate policies to reflect a greater awareness of these issues.

With an office conveniently located in Atlantic City, New Jersey, the experienced Atlantic County employment lawyers at Levine, Staller, Sklar, Chan & Brown, P.A. are ready to assist individuals and corporations involved in all types of employment-related harassment matters throughout the state, including those in Atlantic County, Ocean County, and Cape May County, New Jersey. For an initial consultation today, call us at 609-348-1300 or submit an online inquiry form.