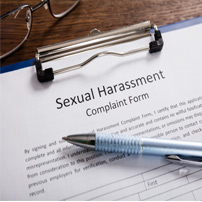 Uber has remained a leader in the ridesharing industry since its debut in 2009.  The ridesharing company now operates in 58 countries around the world and is valued at over $60 billion. The trend setting giant is currently taking the lead in a new venture by developing a “taxonomy” that will track and analyze data on sexual harassment and sexual assault.

Uber is partnering with the National Sexual Violence Resource Center (NSVRC) and the Urban Institute to provide data on reports of sexual harassment, sexual assault, and sexual misconduct within their organization, including their drivers and customers. The project’s focus will be identifying and categorizing reports of this nature to enable Uber to develop effective ways to encourage reporting and to respond appropriately to the victims reporting these crimes.

Under Reporting of Sexual Violence

The U.S. Department of Justice (USDOJ) and the Centers for Disease Control and Prevention (CDC) report that only 5 to 20 percent of the victims of sexual assault report the crimes to the police. High profile cases in the media have begun to shed light on this problem. The Catholic Church sexual abuse scandal and the highly publicized trials of Bill Cosby, Harvey Weinstein, and the Senate Confirmation hearing of Judge Brett Kavanaugh, who were accused of sexual assault and misconduct, raised the question of why so many sexual assault victims wait long periods of time before reporting the abuse.

The #Metoo movement over the past year has encouraged victims of sexual assault to come forward and demand that justice be served. Women especially have begun to take a stand and break their silence, exposing workplaces and businesses that tolerated inappropriate and unwanted sexual advances, comments, and harassment. As more celebrities and members of the public come forward, others are being encouraged to do the same.

Victims are often reluctant to report sexual assault because they are afraid of retaliation. Reliving the trauma of the crimes against them also make many victims hesitant to come forward. Uber’s taxonomy project aims to reach out to victims of sexual abuse and encourage them to come forward.

Uber also pledged to release a report next year sharing what it found after implementing this system, and the company knows improving reporting mechanisms will likely lead the documented rates of sexual assault and harassment in Uber rides to increase. Victims can report sexual crimes that range from leering to rape using an online database that will track the data. Trained professionals would then be able to respond and direct victims to available resources that can help them proceed with legal and personal issues related to the crime.

While many companies and businesses would shy away from this type of transparent reporting, Uber is hopeful that it will help deter future sexual assault crimes as more victims speak up and demand justice.

If you or someone you know has been a victim of sexual assault or harassment, call the Cape May County sexual harassment lawyers at Levine, Staller, Sklar, Chan & Brown, P.A. at 609-348-1300, or contact us online to schedule a consultation today. Our Atlantic City, New Jersey office serves clients throughout Atlantic County, Ocean County, and Cape May County.