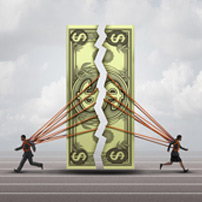 On April 24, 2018, New Jersey Governor Phil Murphy signed into law an aggressive pay equity bill meant to address the pervasive wage gap between male and female workers. Known as the Diane B. Allen Equal Pay Act, the law prohibits unequal pay between men and women for “substantially similar work.”  Becoming effective this summer, the Equal Pay Act may be the strongest such law in the country. Statistics reveal female workers in New Jersey earn an estimated 80 cents to the dollar made by male workers doing the same job.

Unlike other pay equity laws, which focus on pay disparity on the basis of gender, New Jersey’s Equal Pay Act also provides protections for employees under several other protected categories as set forth in New Jersey’s Law Against Discrimination.

These protected characteristics include:

What Employers & Employees Should Know About the New Law

Employers who violate the Equal Pay Act will face significant penalties including the payment of compensatory damages, attorney’s fees, and court costs. Employees who can prove discrimination under the Act may receive up to six years of back pay as well as treble damages in an amount three times the amount of the pay differential. The statute of limitations on these claims is six years from the date of the employee’s last paycheck.

If an employer can demonstrate that there are distinguishing factors between the male and female employees, a pay rate differential may be allowed. Distinguishing factors could include seniority systems, merit systems, training differences, differing educational backgrounds and varying years of experience. Any of these legitimate job-related factors can be used by an employer to justify unequal pay between male and female workers doing the same work. Employers should consult an experienced New Jersey employment lawyer to ensure that their pay practices are in compliance with the Equal Pay Law.

If you are involved in an employment related matter in New Jersey, the experienced Atlantic City employment lawyers at Levine, Staller, Sklar, Chan & Brown, P.A. are ready to help. We work with both employees and employers on a wide range of employment law issues including compliance and enforcement of New Jersey’s Equal Pay Act.

With offices conveniently located in Atlantic City, New Jersey, we proudly represent clients throughout New Jersey, including those in the communities of Atlantic County, Ocean County and Cape May County. To schedule a free confidential consultation today, call us at 609-348-1300 or submit an online inquiry form.

Previous Post
Proposed EEOC Guidance on Unlawful Harassment
Next Post
N.J. Employers Will Soon Be Required to Give Paid Sick Days to Their Workers