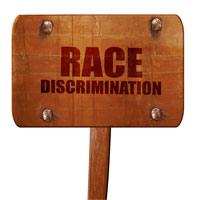 A former Facebook employee claims that the company has a habit of excluding its African American users and employees. He voiced his critique regarding the company’s racial discrimination in an internal memo that was recently made public on Facebook. The ex-employee stated that during the year in which he served as a Partnerships Manager, he became aware of the company’s marginalization of its minority employees and disenfranchisement of its black Facebook users.

According to Facebook, four percent of its workforce is African American, which is two percent higher than in 2014, when the company voiced its commitment to achieving greater diversity. A spokesman for Facebook states that it has been working diligently to increase the representation of people from more diverse groups throughout the company.

However, the former employee claims that not only did the company’s security guards subject him to racial profiling daily, but also that those guards aggressively accosted many black employees. He stated that Facebook human resources failed to act on minority employee complaints of mistreatment, which led to a decrease in morale and feelings of isolation among its black employees.

According to the ex-employee, Facebook not only racially discriminates against its African American employees but also against its black users. In his memo, he notes that many minority users believe their content is more likely to be taken down than other racial groups and that they are habitually excluded from industry events or promotions, such as Instagram’s Explore tab.

Workplace racial discrimination is prohibited by the New Jersey Law Against Discrimination (NJLAD). Broader than its federal law counterparts, the NJLAD prohibits employers from discriminating not only based on sex, race, color, national origin, or religion, but also based on other characteristics, such as gender identity or expression, pregnancy, and AIDS/HIV status.

Unlike federal discrimination claims, lawsuits based on the NJLAD need not initially go through the Equal Employment Opportunity Commission (EEOC); rather, they can be filed directly with the state court. Claimants may also choose to file an administrative claim with the New Jersey Division of Civil Rights (DCR) within 180 days of the alleged discrimination. The DCR will then investigate the allegations, and if there is probable cause to support them, an administrative judge will hear and decide the case.

Successful claimants may be entitled to damages, including lost wages as a result of termination, front pay, emotional distress damages for pain and suffering, and punitive damages.

If you were discriminated against based on race or another legally-prohibited characteristic, contact an Ocean County race discrimination lawyer at Levine, Staller, Sklar, Chan & Brown, P.A. We will work diligently to ensure that your rights are protected, and you obtain the damages to which you are entitled. From our offices in Atlantic City, we represent clients in Atlantic County, Ocean County, and Cape May County. For a free consultation, please fill out our online contact form or call us at 609-348-1300 today.