Businesses Required to Give Paid Sick Time to Employees 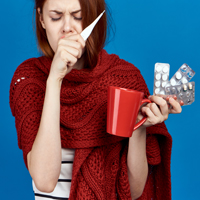 Under the Paid Sick Leave Act, employees may take off work for an injury or illness, or other adverse health condition or for preventive care, to care for family members, to care for themselves in the event of domestic or sexual violence, and when their child’s school or day care is closed due to an epidemic or public health emergency. The bill also prohibits retaliation against employees who use their earned time off

An employer’s failure to provide sick leave under the act is considered a violation of the State’s Wage and Hour law and such employers will be subject to the same remedies, penalties and other measure provided by such law, except that an award under this act shall include any actual damages and liquidated damages in addition to those provided under Wage and Hour law;

Prior to the signing of this bill, several municipalities in New Jersey had passed local ordinances mandating paid sick leave. Those ordinances will now be superseded by the statewide bill, set to take effect on October 29, 2018. New Jersey is the tenth state to implement such a law, joining Arizona, California, Connecticut, Maryland, Massachusetts, Oregon, Rhode Island, Vermont and Washington.

According to Governor Murphy, an estimated 1.1 million  workers in the state have been unable to earn sick leave. Governor Murphy hopes that the bill will show how much New Jersey values its workers and help make New Jersey a more desirable state in which to do business. Murphy stated that signing the bill was the right thing to do for the economy, noting that other states that have implemented such a law experienced increased productivity and a stronger economy.

Winning Over the Opposition

State lawmakers have been negotiating with advocate and business groups on the bill. One of the bill’s main sponsors credits New Jersey’s business community for taking part in the negotiations, stating she believes businesses will begin to thrive and see improved morale.

Originally an opponent of the mandate, the New Jersey Business Association applauded lawmakers for addressing its concerns about the law’s potential effects on businesses. A spokesperson for the association said that the agreed-upon changes to the bill will mitigate its negative effects on well-intentioned employers.

The South Jersey employment lawyers at Levine, Staller, Sklar, Chan & Brown, P.A. are experienced in all employment law matters and provide skilled representation to both employers and employees. Employment laws in New Jersey are constantly evolving, and we pride ourselves on staying abreast of any new developments. We represent clients throughout New Jersey, including in Atlantic County, Ocean County, and Cape May County from our office in Atlantic City. To arrange a confidential consultation, call us at 609-348-1300 or contact us online.