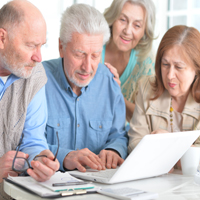 Many companies use the arbitration process as their preferred method for handling discrimination and harassment matters with their employees. However, New Jersey state courts have issued a series of opinions in recent years invalidating such agreements. In a case last month, Flanzman v Jenny Craig, Inc., the New Jersey Superior Court Appellate Division held that a company’s failure to designate an arbitration forum or provide a method for selecting an arbitrator could invalidate an arbitration agreement between an employer and their employee.

The Jenny Craig weight loss company was sued by a former employee who alleged she suffered discrimination and harassment by her employer based on her age. The employee worked for over 25 years as a weight loss counselor for the company before being fired at the age of 82. According to the former employee, her full-time work hours were gradually reduced as she aged, ultimately resulting in a reduction of work hours to three per week before she was eventually terminated from the company.

Jenny Craig addressed the former employee’s age discrimination and harassment matter through the arbitration process pursuant to an agreement signed by the employee in 2011. The former employee argued the signed arbitration agreement could not be enforced as it lacked mutual consent between the parties. The New Jersey Superior Court Appellate Division ruled that because the company failed to designate an arbitration forum or set forth the process to be used in selecting an arbitrator, the parties never had a “meeting of the minds,” and thus the arbitration agreement was invalid and unenforceable. The fired employee may now file an age discrimination and harassment lawsuit in court and cannot be compelled to go through arbitration.

Designation of an Arbitration Forum

As a matter of first impression in New Jersey, the Jenny Craig case sets forth a new precedent regarding the enforceability of arbitration agreements in New Jersey. All New Jersey employers are encouraged to review their current arbitration policies to determine whether such agreements comply with New Jersey law. The first step in doing so is to contact an experienced Atlantic County age discrimination lawyer to review any company arbitration contracts.