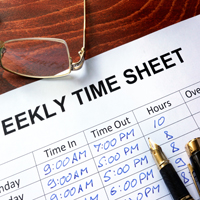 A Federal court in Pennsylvania recently allowed a class-action suit of 200 drivers against Amazon and its courier, TL Transportation, to move forward. The plaintiffs allege that TL Transportation, a Maryland based courier company, failed to pay drivers for overtime work and failed to allow breaks during their shift.

Specifically,  TL Transportation paid drivers a flat rate of $160 a day, regardless of how many hours they worked. The company disputes this and states it provides eight hours of regular pay and two hours of overtime pay. However, that does not account for shifts longer than 10 hours.

With certain exceptions, labor laws require companies to pay an overtime rate of one-and-a-half times regular pay to employees who work more than 40 hours per week.

In 2009, the average number of packages delivered by an Amazon driver was about 150 per day. Today, Amazon expects drivers to deliver from 250 to 300 packages per day. The combination of compressed delivery times and an increased number of packages has created a logistic nightmare and fertile ground for abuse.

Drivers Take on a Heavy Burden

In a recent survey, drivers reported difficult conditions, including extremely long work days, inability to take lunch and bathroom breaks, and driving exceedingly fast. One driver described filling his backpack with packages and running from door-to-door to finish his route on time. He lost 30 pounds in the first month of work. Another reported filling in for someone and finding their bottles of urine on the passenger seat of the van.

The survey also revealed patterns of abuse among some couriers, including wages missing from paychecks, overtime not being paid, favoritism, and retaliation. In the past three years, five cases have been bought against Amazon and six different delivery companies alleging violations of labor laws.

Prime EFS, a courier company based in New Jersey, reportedly skipped out on providing pay stubs, provided stubs where the numbers did not add up, and withheld salary for a week from drivers who upset management. Such acts violate the New Jersey State Wage Payment Law, which prohibits withholding of wages for illegal deductions and stipulates the time, manner, and mode of wage payment.

Our experienced Cape May County employment lawyers work to assure employment practices are fair. If you have had the misfortune of working for an employer who has not met their legal requirements to provide you with fair wages or have concerns about another employment law matter, we can help. Contact Levine, Staller, Sklar, Chan & Brown, P.A. for a free initial consultation by calling us at 609-348-1300 or completing an online contact form. We are in Atlantic City, New Jersey, and we serve clients from the surrounding areas, including those in Atlantic County, Cape May County, and Ocean County.